out of the mouths of children 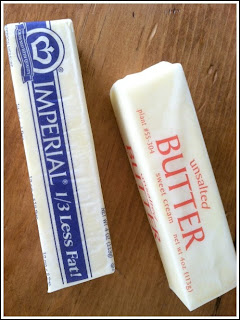 my son came home from camp a few days ago and asked me "i heard that margarine is one ingredient away from being plastic. is that true?'

let me go back a bit so you can fully understand first where this crazy question came from and what kind of camp he was at that this would be a topic of discussion.

no, he was not at a cooking camp or anything related to food for the matter. he was at a jr lifeguard camp, so i was a bit surprised by the question myself. how this all came about was through out camp they have special days for the kids and this year they had a  pancake breakfast. at the end of the food line were all the regular toppings, but instead of butter there was margarine. i won't even go into some of the other choices, since that is not what this post is about.

his first actual question was "mom, there was this stuff that wasn't butter, but it was yellow like butter, i forget the name, do you know what i'm talking about?" i responded margarine and that is how the rest of the conversation happened.

since we try and eat organic and healthy as much as possible it is not something we have in our house. it makes me kind of happy that at almost 12 years old he didn't even know what it was, so i must be doing something right. it was his friend in line who told him what it was and stated this fact. i'm not familiar with his friend (or his parents) since they only met at camp, but kudos to whoever is teaching him about healthy foods. there were other topics that came up between him and my son during their snack and lunch time eating. i love when kids are involved in what they eat! ok, getting off my soap box now and back to that crazy question.

i had heard this before, but as i said, we don't use it so i never really paid attention. so my answer at the time, since we were driving home from the beach, was i don't know for sure about that, but most of what goes into margarine is not considered "real" food.  he then decided when he got home he was going to google this fact.  there were several articles on this and i don't know how many were fact or fiction, but i thought i would post this one that is came across, that was the most understandable to the general public. i don't know about you, but sometimes all the words, studies, ect tend to make my head spin. http://www.snopes.com/food/warnings/butter.asp

so, my son did find out not to always believe everything you hear. it also states the obvious, be aware of what you eat and what goes into the process of making the food you eat. make informed choices.

margarine is not one ingredient away from plastic, but with that being said, it doesn't make it the most healthy choice. i do understand lots of non dairy eaters do use this option, for cooking, baking, ect.
i myself would find another option, but to each their own.

this was just something i found interesting and enlightening and thought i would share with my readers.

Posted by Gina Schneeweis at 7:32 AM